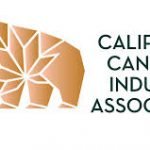 Representatives from three labor unions – the United Food and Commercial Workers Western States Council, two Teamsters locals and the California Labor Federation – sent a letter to state Democrats on Wednesday asking lawmakers to shut the CCIA out of future political negotiations regarding the marijuana industry “for the time being.”


The letter was sparked by a recent white paper – “Tips for Cannabis Business Owners Negotiating Labor Peace Agreements” – that the CCIA distributed among its members.

Read the full story at